1- Getting Around Morocco – BUS & TRAIN

CTM is the best bus company in Morocco (equipped with AC). Usually, you can buy bus tickets online, but often the website is not working. Be aware that the website is in French but you can still check the prices and the schedule! See the CTM website here.

Go to the bus station to buy your bus tickets. CTM is taking an additional 5 Dirham for your bag. The buses don’t have toilets but they stop on the way (if it’s a long drive).

We also drove with a company called Nejme Chamal. They do charge more for your bags (we had to pay 25 Dirham for 2 bags) and the ride was SWEATY!

Be aware that both, trains and buses are generally delayed which is normal in Morocco 😉

Morocco is part of the Coordinated Universal Time (UTC) and changes to Daylight Saving Time (DST) around the end of March, and around June (same as in France or in Germany).

Make sure to fix the price with the driver before the ride starts and try to give the exact amount! The taxi driver who drove us from the airport refused to give us our 50MAD change! After several attempts and making clear to him “NOT WITH US”, he gave the change. From that point on we knew what to expect and how to act!

4- Do Not Take The Yellow Cabs

The colored taxis called “petit taxi” (small taxi) – they are the cheapest! They are small and pretty damaged but you gonna pay twice less than for a “grand taxi” (the yellow one) or even for a private person who is always trying to sell you a ride!

The small taxis don’t take more than 3 people, though. Remember that!

Again fix the price before getting in any taxi, except in Rabat, where the taxis are equipped with a counter, so don’t need to bargain 😉

It’s always useful to keep coins and small bills, mainly to avoid overpaying stuff, especially taxis when they tell you they do not have change with them. It also happened those really young kids, with destroyed clothes were asking for some money, and we found it’s good to give them money for food or water – for sure during Ramadan! Children at this age don’t do Ramadan because they are not strong enough to go through the hot day without drinking and eating.

6- You can’t exchange coins when you leave the country

Just be aware of that – and spend your last dirham before leaving the country! OR take some home to keep them as memories!

Keeping your coins is also useful to give TIPS when you eat somewhere. 1 to 3 Dirham is always good to appreciate the service of the staff 😉

To avoid paying bank fees, bring already cash with you, make a small change at the airport to pay for the taxi (the rate is less beneficial) and then exchange the rest in the city to get the most for your money.

In cities like Tangier, Fez, and Rabat there are exchange offices everywhere. They generally apply the same rate and do not take a commission. It is really easy to change in Morocco.

We came to Morocco during the Ramadan which means some shops/restaurants were closed but mainly in small towns. We didn’t have problems finding food and drinks in Tangier but we had fewer choices in Chefchaouen.

A few shops and restaurants are closed on Friday because of Holy Days.

Moroccan love when you try to speak their language. So here are some words you will use on a daily basis:

Learn Arabic in 30 Minutes – All the Basics You Need – Click here.

The best TIP I would recommend it’s to decide what you want to buy and how much you want to pay for it. The Haggle gonna be easier. If you ask for prices of a Bag you like, the chances are high that the guys start with the double prices or even ask for 3 times more. So keep that in mind. They see all day long tourists, 365 days per year. So it’s just their business and they know how it works. Some locals we met told us as well to just say something like ” I just can afford X for this bag” Just cut the price in half and start your negotiation right there. Happy Haggle!

13- Being a girl in Morocco – Dressing code

If you don’t want people staring at you, wear long trousers and cover your shoulders. It is also a sign of respect for their traditions and religion. It’s not a Must-Do though. You can wear what you want, but it’s just how we did it. Like – how Amandine did it! 🙂

Sorry, but unless you are Muslim, you are not allowed to enter the Mosques of Morocco. The only one opens to the public is the Hassan II Mosque in Casablanca (12€ the entrance ticket). In most of cases, you will find people standing in front of the entrance, from where you are allowed to take a look inside. Sometimes you even can take pictures. But don’t enter!

People who gonna start talking to you, telling stories and talking about the history of the city or about why you should help them “financially” out – (mostly) just want to get your money. If you don’t want to have a guide, say straight away that you don’t have any money with you – that you’re good and say goodbye! It’s not always like this, but after a handful of guys who just wanted money from us, it’s hard to separate the honest guys from the sneaky guys. Trust your gut feeling and decide for yourself. You can learn about the history of the locals – that’s for sure.

Few operators are available in Morocco. We chose INWI after recommendations from one of our hosts. We bought a Sim Card INWI for 20 MAD. In general, the wifi in the hotels/ riads is pretty weak. We recharged our SIM card for 150 MAD (3 times 50MAD) = 15 GB which basically means 5GB for 50MAD. We used the Sim in Amandine’s phone, which we then used as a hotspot to work on our laptops. We are right now looking to buy one of these hotspots from Alcatel. Like this, we don’t need to use our phones for hotspots. Easy. 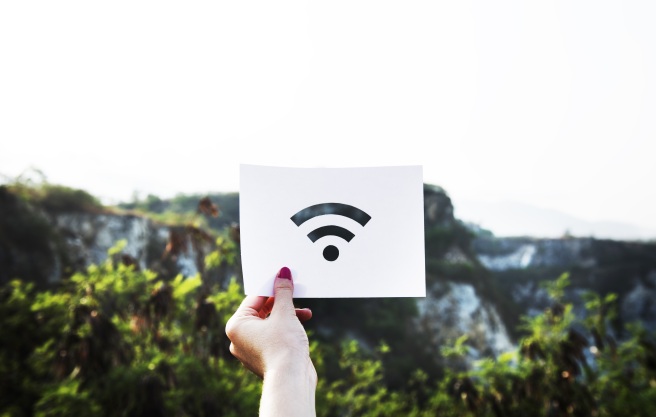 The Moroccan electric plugs are the same as in Europe. If you usually need to load a few devices, bring a power strip it’s gonna be really useful and makes your time more comfortable. (There’s generally only one electric plug per room, two if you’re lucky).

It’s not allowed to film at the bus station (the guys that made us stop filming at the bus station were really stressed because of Ramadan). Be aware that some people can be aggressive! They jumped on Adrian screaming that we were crazy to film in here! Okay, Sir, sorry, we didn’t know and there was no sign anywhere. One guy told us that the missing nicotine makes some people go nuts! But despite that one time, filming hasn’t been a problem at all.

It’s not easy to find beer or wine in Morocco, especially when you travel there during Ramadan! If you look at big hotels and restaurants for beer and wine, you should find something. When we met the first one guy in the old medina in Fez he told us, he can get beer for us from the black market. We passed! 🙂 In Asilah then we found a nice little shop were 3 guys were selling just alcohol. They had European beer like Heineken or Budweiser too. Even white and red wine! Grab something and enjoy it in your hotel room, or on the roof terrace of your hotel. Don’t drink it on the streets!

Even though it’s not legal in Morocco, you can buy hashish at every corner of Morocco. In Chefchaouen it was not possible to go with Adrian through the Medina. His dreadlocks did the magic! Every couple of minutes some guy was asking him to buy some Hashish. They said: “Chefchaouen is the place where the people come to relax, enjoy my friend!”

Count 9 MAD to send a postcard to Europe Post Office (I paid 36MAD to send 4 postcards to France). The post offices are generally closed on Saturday and Sunday.

Do not drink the tap water! Drink bottled water to avoid being sick while traveling – safety first 😉

Do not hesitate to grab some fruits and nuts on the market, there are cheap and so tasty! 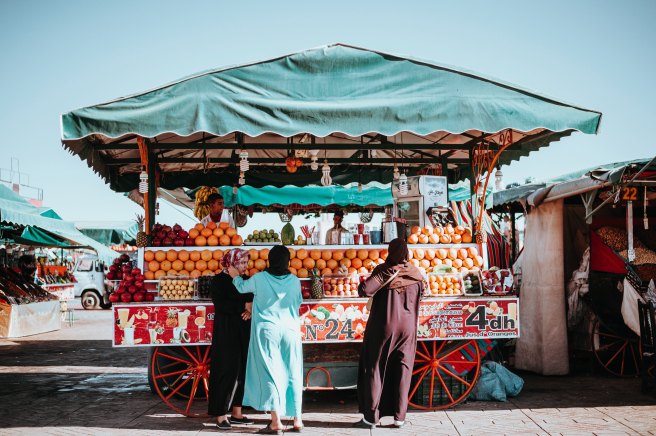 Morocco is a beautiful country! It’s so different from Europe or Asia. The architect of the houses is beautiful. Amandine loves the doors (maybe you figured that already if you saw all the Instagram post’s.. haha) We love eating in local places, it’s good food!

It can be hard to trust Moroccan people. So many just try to get money, so even if you meet nice people, it’s hard to know if they really want something from you or not. Sounds shitty but that’s how it is, how we experienced it so far. But it’s not dangerous at all. There was not a single moment we felt not safe – even when we walked late at night through dark medina streets!

Do you have any other TIPS to add to this post? Do not hesitate to share them with our community here:

Contact us below! We know we all are busy, but hopefully, we can connect to the platform that’s most convenient to you: